Holly is a native of Spartanburg and began her dance early dance training at the age of two. After gaining a high school diploma from Boiling Springs High School, she attended the College of Charleston where she studied both Dance Performance and Middle Grades Education. While at The College, she performed in four main stage productions with the Department of Theatre and Dance, and danced as a first-year company member with The Charleston Characters. She also performed in two main stage productions of Stelle di Domani, concert held in downtown Charleston during the Piccolo Spoleto Festival. In addition, she was also casted to represent the College of Charleston at the SCdancing festival of 2014 and the American College Dance Festival of 2013 and 2014. As an advocate of dance education, Holly is a member of the National Dance Education Organization and presented research in the 2014 and 2015 conferences. She is also a member of SCAHPERD. Her history as a dance educator includes teaching dance at a local studio an various preschools in the Charleston area. Holly's favorite professional dance companies are Annex Dance Company, Axis Dance Company, and Chunky Move.

When she is not in a classroom, you can usually find her enjoying the sunshine, trying out a new restaurant, or squeezing in a work out at the gym.

Holly is very excited to be back in Spartanburg, dancing with PEPPA students, families, and staff! 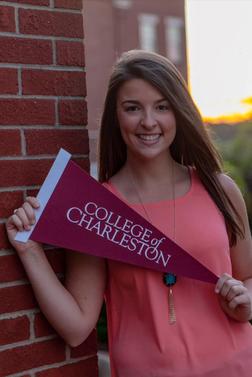